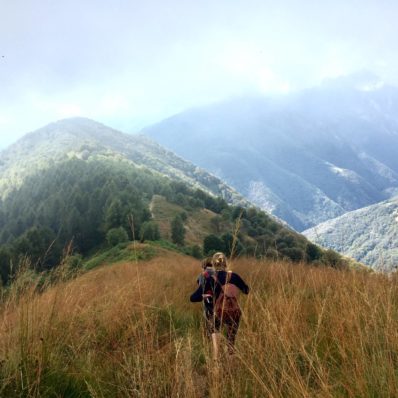 I studied art, media, literature science and European politics and subsequently graduated with a master degree in European studies with a focus on politics. Currently I am a doctoral candidate at Newcastle University. As a Northern Bridge DTP / AHRC funded PhD student I am working on my dissertation on dynamics of segregation and belonging in Berlin’s art scene with a focus on the community of artists from Turkey.

From 2017 until 2019 I have been living in Istanbul, where I completed my Master thesis „Manufacturing Culture. Cultural Agents from Turkey arriving in Berlin“ (published 2019) at the European University Viadrina in Frankfurt/ Oder. I extended my stay to work as a media advisor for the German Orient-Institute Istanbul, which undertakes research in turcology and regional studies within the Max Weber Foundation and supports the scholarly exchange between Turkey and Germany.

My research focus is in the field of art and migration, which I am approaching with an interdisciplinary perspective. Particular interests lie in topics as visual culture, contemporary art and aesthetics in the context of migration (especially in Turkey and Germany), cultural policy and institutional structures, questions of power and identity, exhibition and curatorial strategies, to which I dedicate my academic work as well as publications as a freelance journalist for various online media, such as Süddeutsche Zeitung, Selbstdarstellungssucht and taz.gazete. Further I build websites for the Berlin company EDU-werkstatt, which focuses on digital education and worked for the Kulturförderpunkt, a platform for artists, and cultural associations, in Berlin.

Among my recent publications is “Women in Leadership positions in Germany and Turkey – a comparison” (2018), for which I received the Student Paper Award “Gender Equality in the Labour Market in Europe and Turkey“ in 2018, and the book „Manufacturing Culture. Cultural Agents from Turkey arriving in Berlin“ (2019).